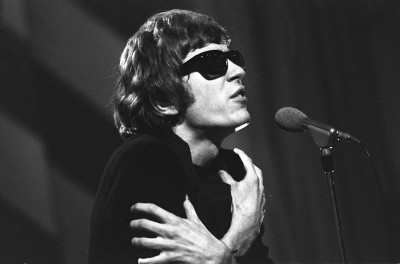 The artists I admire the most are the chameleons, the mutators and innovators, the ones who never stand still. That’s why the Beatles will always trump the Rolling Stones, David Bowie will always beat Elton John to me.

And the king of chameleons was the late Scott Walker, who flew so far ahead of the farthest stars in his strange career.

Walker died this week at 76, and it’s been heartening to see this cult artist’s cult artist applauded and recognised from so many corners. The twists of his career outstripped almost every other pop star. “Imagine Andy Williams reinventing himself as Stockhausen,” wrote a Guardian writer a while back, and that sums it up nicely.

Born in Ohio, Walker began as a swinging ‘60s teen pop icon with the Walker Brothers (who weren’t actually brothers), belting out classics like “The Sun Ain’t Gonna Shine Anymore”, Scott’s uniquely evocative baritone frequently rising above the banality of their early material.

But it’s with Walker’s solo career that he really began to find his own voice, moving to the UK and creating increasingly baroque, lonesome pop anthems in a run of four amazing albums from Scott to Scott 4. Then after a few disappointing albums, he sort of vanished. He resurfaced briefly in the late 1970s with Bowie-esque, broody gems like “The Electrician” and then vanished again, releasing only two proper albums between 1978 and 2006. Each time he came back, it was as a different being. 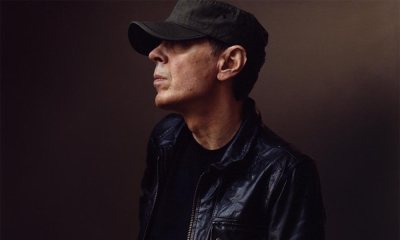 By 2006’s The Drift, Walker had exploded into full-on experimental surrealism, with terrifying drones and waves of sound and a voice that now sounded like the heavens shaking themselves awake. There were no pop anthems here. Legendarily, he hunted for just the right percussion sound on “The Drift” by punching hunks of raw meat. It wasn’t for everyone – indeed, you’ve really got to be in the proper frame of mind for late Scott Walker – but it was a gloriously creative twilight zone he was exploring in. His lyrics became twisted and strange Joycean rambles, his songs willfully avoiding traditional structures.

Imagine William S. Burroughs if he’d been a composer to fully get the clattering, obscure and layered effect of works like The Drift or 2012’s Bish Bosch. Yet there was always a hint of the yearning heartbroken pop singer of his earliest work there in the shadows too, the through line of a career so wilfully independent that a novice would be hard pressed to recognise the work of 1967 Scott Walker and 2016 Scott Walker as being by the same creative, haunting voice.

Here are four songs to remember him by, each showing a different facet of his yearning sound: (1. The Sun Ain’t Gonna Shine Anymore, orchestral pop given a strange, epic sheen by his young yet ancient voice:

(2. His debauched and ecstatic cover of Jacques Brel’s Jacky, as subversive as all get out. Glam rock starts here.

(4. Finally, Epizootics!, to give you a taste of just how out-there late-period Walker circa 2012’s Bish Bosch had gotten – stick with it, it’s got a groove that hypnotizes you and this video is like David Lynch’s nightmares unfolding. It’ll either grab you right in the spleen or repulse you deep in places you might not even know you had. How could these four songs be by the same man? It’s a fitting coda to Walker’s career for me – taking you places nobody else could.

One thought on “Scott Walker and the art of mutation”

Hi, my name is Nik Dirga and this is my blog and writing home on the internet. I’m an American journalist who emigrated to New Zealand in 2006. I’m an editor and freelance writer whose work has been published in the New Zealand Herald, Stuff, Radio New Zealand, The Spinoff and more.