Who’s my favourite comic book artist of all time?

But on most days, I’ll tell you that I think the best comic book artist of all time was Wallace ‘Wally’ Wood.

Wood is one of the grand pillars of American comics – able to draw glorious science-fiction, chilling crime and horror and glamourous superheroes, all with a dense, classical sense of style that makes every panel of Wood at his peak seem like a museum piece.

I’ll look at a Wood panel for ages, drinking in the dense chiaroscuro of light and depth he created. Nobody drew gloopier, creepier aliens than Wood, more lantern-jawed spacemen, more gorgeous damsels. He’s one of the few comics artists whose work often looks best in the original black and white, without colouring.

His greatest work was in the 1950s with the legendary EC Comics, on titles including Shock SuspensStories, Vault of Horror, and my personal favourites, the sci-fi duo of Weird Science and Weird Fantasy.

Wood illustrated many of the greatest science fiction comic stories of all time, singlehandedly crafting the images many of us think of when we imagine aliens and flying saucers (the creepy aliens of Mars Attacks? A Wood design). 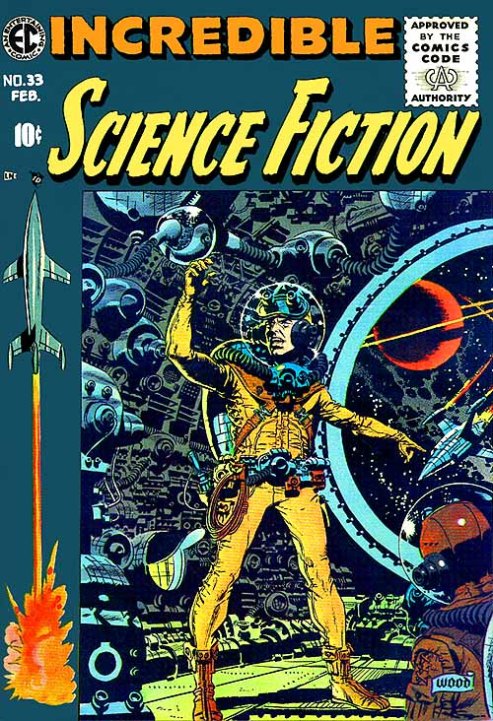 He’d go on to projects like Marvel’s Daredevil (that iconic red costume? Wood), the Justice Society, the T.H.U.N.D.E.R. Agents, his pioneering magazine witzend, classic war and horror comics for Creepy, his amazing Mad magazine strips and much more. 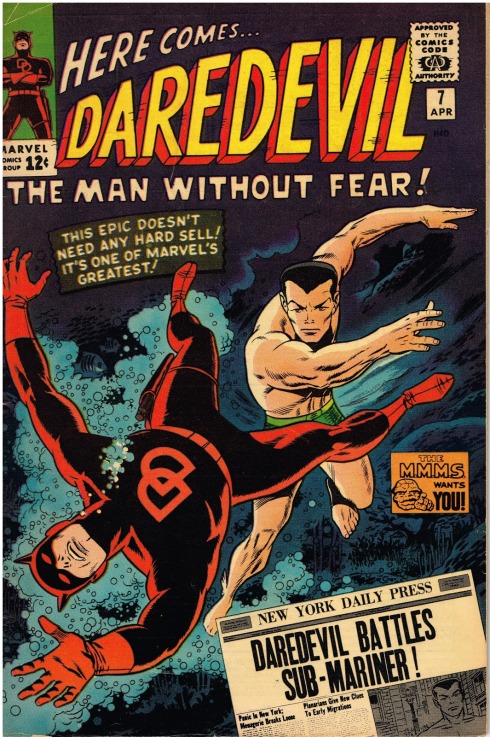 Wood lived a tragic life, working himself far too hard, embittered by the way the industry treated him, suffering alcoholism, poor health and diabetes. He shot himself in 1981 at just 54 years old.

But man, those dreams from Wally Wood’s pen. They live forever. 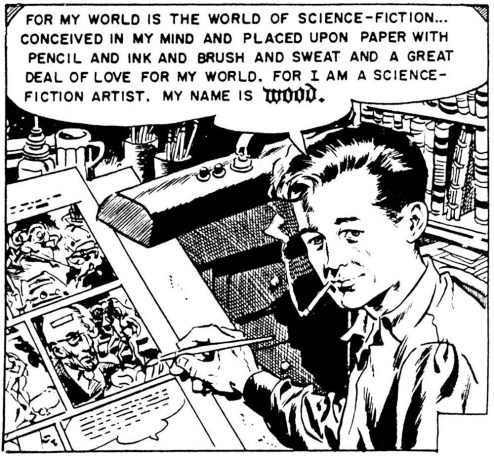