I’ve always dug the year-in-review lists, but I’m kind of an old dude now, and I couldn’t tell you 10 albums that came out in 2018 that I dug and I’m usually about 6 months behind on the streaming thing everyone is talking about.

So instead, here’s 10 moments in pop culture that made my year – whether it’s something new to everyone, or something old and glorious I discovered for myself this year. Because frankly, there’s a heck of a lot of great things in the past that are often way more interesting than whatever is flitting through the world this week.

Superheroic golden age: Every once in a while I think how 13-year-old me would’ve reeled at the idea of a new big-budget superhero movie or TV show every few months. I pretty much dug them all in various ways and all the comic book moments they brought to life — Avengers: Infinity War somehow magically capturing Jim Starlin’s complicated villain Thanos without him seeming absurd; Black Panther’s Shakespearean grandeur, as the king returns to take his crown; the gleefully over-the-top Aquaman, with a pitch-perfect Black Manta/Aquaman battle that had me grinning like a loon; the fantastic third season of Daredevil bringing Matt Murdock and Wilson Fisk’s battle to a climax; Ant-Man and the Wasp turning San Francisco’s Fisherman’s Wharf into a size-changing playground. (And I’m still waiting for Into The Spider-Verse to open in New Zealand!)

Orson Welles lives: Who woulda thought we’d see a “new” Welles film 30+ years after his death? I loved The Other Side of the Wind, which was sprawling, chaotic and fragmented like much of Welles’ final work. By its very nature incomplete, it still evoked a dying world of Hollywood legends and graced us with a few more of Welles’ picture-perfect screen compositions.

Lady Bird: Technically this came out in 2017, but this smart, witty and surprising comedy about a girl’s coming of age in Sacramento is one of the best films I’ve seen in years, with Greta Gerwig building on the promise she’d shown with Frances Ha and other movies.

“Robin” by Dave Itzkoff: Robin Williams was a remarkable talent who battled addiction and tragedy much of his life. Schlock like Patch Adams made us forget how amazing he could be; this definitive biography brings him back to life and reminds us of what we lost.

Immortal Hulk: The Hulk is Marvel’s endlessly protean creation, who’s been reconfigured and reimagined dozens of times over the years. This current take by Al Ewing is a moody horror epic that’s creepily unforgettable and shows the Hulk can still surprise after over 50 years.

John Coltrane: Yep, the man’s been dead for 51 years, but like the best of artists, his work is still capable of endless surprises. I watched the terrific documentary Chasing Trane this year and have been diving into many of Coltrane’s squawkier, chaotic later albums like the superb Sun Ship. It’s not music for every mood, but when it works, peak Coltrane is like watching the sky split open and unfold itself.

“Leonardo Da Vinci” by Walter Isaacson: A biography that truly reveals an entire world, with fascinating focus on how exactly Da Vinci created his masterpieces, and the world he lived in. Made me want to zip off to Europe to see the works in person. 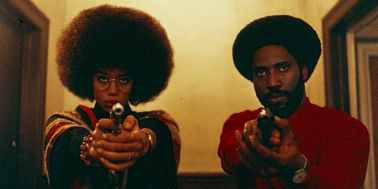 Black entertainment: They’ve all got ‘black’ in the name and they all provided strong, uplifting portrayals of the African-American experience – Black Panther, which broke a zillion box office records along the way; Black Lightning, which took a lesser-known DC superhero and gave us one of the realest portrayals of a strong black family on TV in ages; BlacKkKlansman, which was Spike Lee’s strongest movie in years, as feisty, creative and witty as “Do The Right Thing.”

Let’s go to a gig: I saw some great concerts this year, from Grace Jones’ imperial grandeur at Auckland City Limits to what might’ve been legendary Bob Dylan’s final concert in New Zealand (and the best show I’ve seen from him yet) to cool and somewhat retro gigs by Peter Murphy of Bauhaus, Billy Bragg and the Breeders. Great times all.

Universal horror: The best thrills are often the old ones. As I battled a variety of health and personal setbacks this year, somehow I got the most comfort from flickering black and white images of horror and mystery. I’ve always loved the old Universal horror movies of the 1930s, 1940s and 1950s, and rarely a week went by where I didn’t resurrect Boris Karloff or Bela Lugosi or Lon Chaney for a bit of spooky pleasure. The immortal ones never really die, you know.