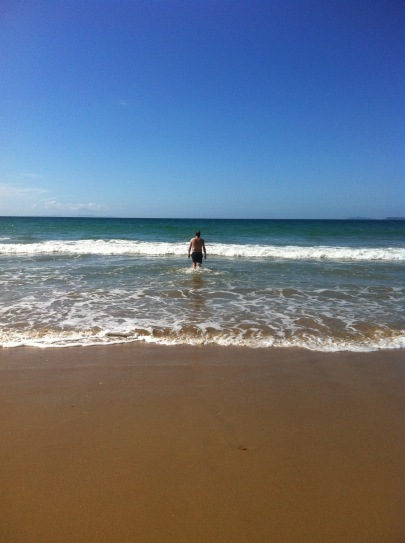 I’m in my 12th year as a New Zealander now, a statistic which kind of stuns me. That’s about a quarter of my life now, and I’ve been a dual citizen of two nations for several years. And I’m finally starting to think of January as summer.

One of the biggest inversions of American life to adjust to for me was Christmas no longer being the icy, sweater-wearing time of year. I grew up in the mountains of California and had many white Christmases. In New Zealand Christmases are the sparkling blue of the ocean and clear skies (or the splashes of early summer rain), the white of clouds and sun bouncing off golden sand, the red of blooming pohutukawa trees. Instead of sleigh bells it’s the growing buzz of cicadas echoing around the bush.

In New Zealand, EVERYTHING shuts down for about two weeks from Christmas through New Year’s. Many businesses close entirely. It’s not just Christmas, it’s our summer school holidays, our big break in the year. Throughout January, I get tan, I constantly have the feel of sunblock on my skin, and sand seems to be everywhere. From our house, there’s about 10 beaches within a short drive; hundreds within an hour. 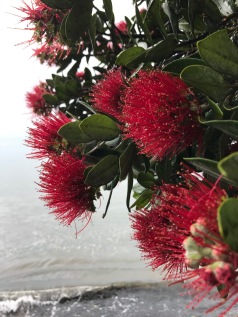 I’ve finally noticed these last few years that my mind has shifting toward accepting January as the summertime, toward seeing Christmas as summer holidays. The heat and sun seems normal. In a way, it makes a lot more sense to roll everything together – the bustle of Christmas, the optimism of a  New Year, the languorous stretch of school holidays. By early February or so, things start to get back to normal. Most people return to work in January sometime, and by February, while it’s still summer heat for months to come, school’s back in session, the commutes and chaos of ordinary life all normal.