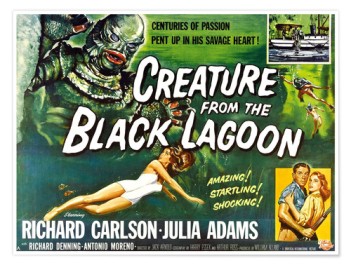 I’ve written often before about my undying love for Creature From The Black Lagoon. It’s one of the best Universal monster movies of all time, a fantastic creepy love story with a fairy tale’s elegance and one of the most unforgettable monsters of all time. As a fanboy, I thought I knew almost all there was to know about it.

Mallory O’Meara’s fascinating new biography “The Lady From The Black Lagoon: Hollywood Monsters And The Lost Legacy of Milicent Patrick” dredges the swamps of the past, unearthing the story of a forgotten pioneer for women in film in a witty, bittersweet and fierce look at Hollywood’s golden age.

Milicent Patrick (1915-1998) was never quite a Hollywood superstar. She was a talented artist and designer, a model and a minor actress in a slew of b-movies. But she had a keen creative eye and before her career was derailed by depressingly familiar sexism, she worked for Walt Disney as one of very few women in animation (including on the classic “Fantasia”) and later on, she designed creatures for movies like “This Island Earth.” 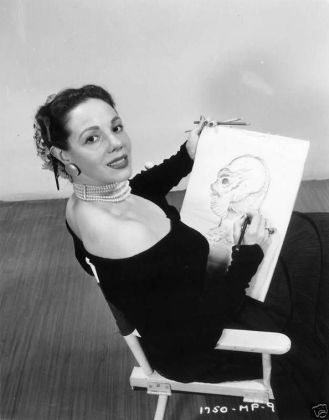 But her biggest claim to glory today is that she designed the epic look of the Creature From The Black Lagoon. The Creature is, I’d argue, the second-best monster design of all time (sorry, but Karloff’s Frankenstein’s monster has to take the top crown). It’s alien, yet human; terrifying, yet captivating.

Unfortunately, the elegant, humble Patrick rarely got the credit she deserved for the work – a nasty piece of work named Bud Westmore who ran makeup for Universal Studios took all the credit, and later fired her entirely when Patrick actually started to get some acclaim for her designs (and ample publicity for what, at the time, was a novelty of an attractive young woman working in horror movies). That same sad story of a poor excuse for a man destroying a talented woman’s livelihood can be found a thousand times in Hollywood history.

“Lagoon” is an often angry book – O’Meara’s conversational, amiably digressive style makes it very clear how personally she takes the tale of Patrick’s rise and fall. Women are often treated worst of all in traditionally male-dominated industries. You don’t have to look further than outraged fanboy reactions to “Captain Marvel” or “The Last Jedi” to see how cancerous the worst of fossilised blokes can be. Patrick went on to have a pretty decent life post-Hollywood, but you still wonder what could’ve been. I love the classic Hollywood films, but you just can’t ignore that they were a very male-dominated, non-diverse world, and think about how many Milicent Patricks were out there. 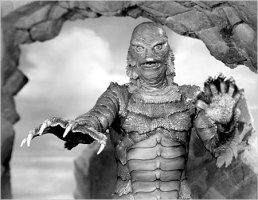 In “Lagoon,” O’Meara also shows the hard work that goes into the biography of a somewhat obscure person, hunting down leads and tracing dusty steps in the past. The story is as much about her and her experiences as a young woman in Hollywood as it is about Milicent Patrick. Some of the anecdotes O’Meara tells of her own treatment are truly dismaying, especially because they are all too common. The real monsters are still out there in Hollywood, hiding in broad daylight.

“Lady From the Black Lagoon” is well worth reading for any fan of classic film, and O’Meara deserves applause for shining a spotlight on the many unremembered women who played a part – and deserved to play a bigger one – in crafting the films and creatures that haunt our dreams.