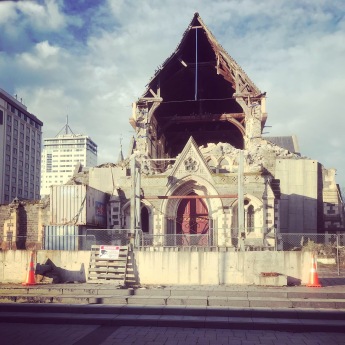 I hadn’t been to Christchurch in 10 years, and I’m not quite sure how that happened.

I’ve been out of the country nearly a dozen times in that span, but the South Island of New Zealand always seems further away. If you don’t have family or friends on ‘the mainland,’ it seems another country sometimes despite it just being an hour flight away.

Christchurch is flatter and more British in feel than melting pot Auckland, with lots of gorgeous old stone churches and a sky full of billowing, demonstrative clouds far different than the ones up north. You can feel the cold blue influence of Antarctica, a mere few thousand kilometres south.

Christchurch also has a regrettable reputation as New Zealand’s unluckiest place to live. The terrible events of March 15 are high in everyone’s memory, of course, but Christchurch has also had fires and earthquakes, including the deadly February 22, 2011 quake that killed 185 people. This was the first time we’d been down there since then.

The signs of the 2011 earthquakes are everywhere, far more prevalent than I’d imagined they’d be almost a decade on. Downtown is dotted with vacant lots, cranes constructing new buildings, and the cracked and battered abandoned remains of those structures that haven’t been torn down yet. For every building that seems fine, there’s another that’s a dust-covered shell that looks like something from Chernobyl. The gorgeous old Christchurch Cathedral is a broken and gaping maw, like a dollhouse cross-section where you can see inside a building. Dozens of pigeons still nest in the rafters, visible to all.

Terribly movingly, there’s a humble memorial across the street from the site of the CTV building collapse which claimed 115 victims that February day. It’s a gathering of 115 white chairs, all various types and styles, across the street from the site of the collapsed building, bearing silent witness. There is a baby’s car seat there, spray-painted white, full of silent grief. There is a list of names of people of all ages and from all over the world (the building housed a language school where a lot of the victims were killed).

You read a fair bit about all the delays that have plagued Christchurch’s recovery since 2011. It’s another thing to actually see a city, one of New Zealand’s largest, still battered and scarred from a catastrophe nearly a decade ago.

It’s also a reminder that yesterday’s news isn’t forgotten by the people at the heart of the storm – that long after the world’s attention moves on from something, there’s building to do, homes to relocate and towers to rebuild. 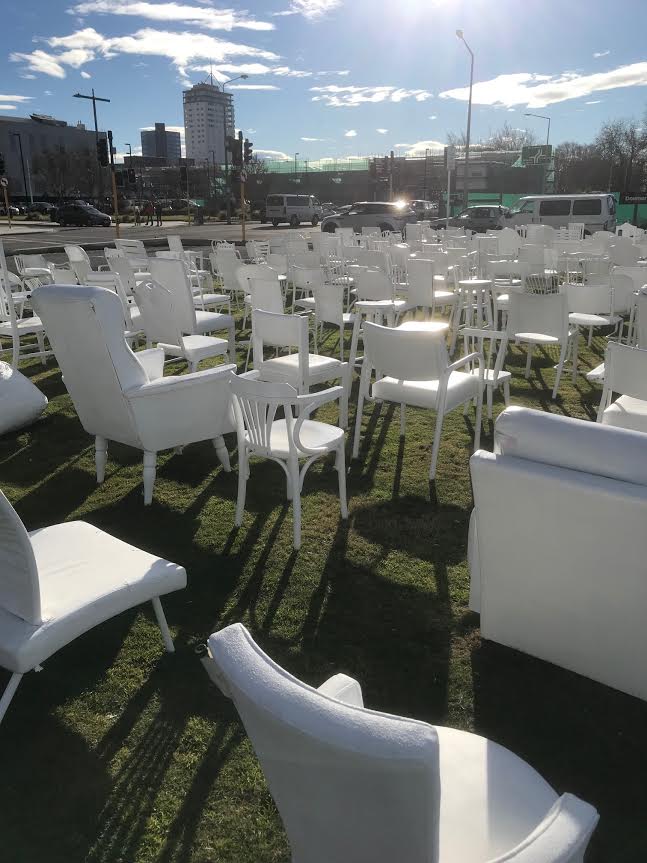