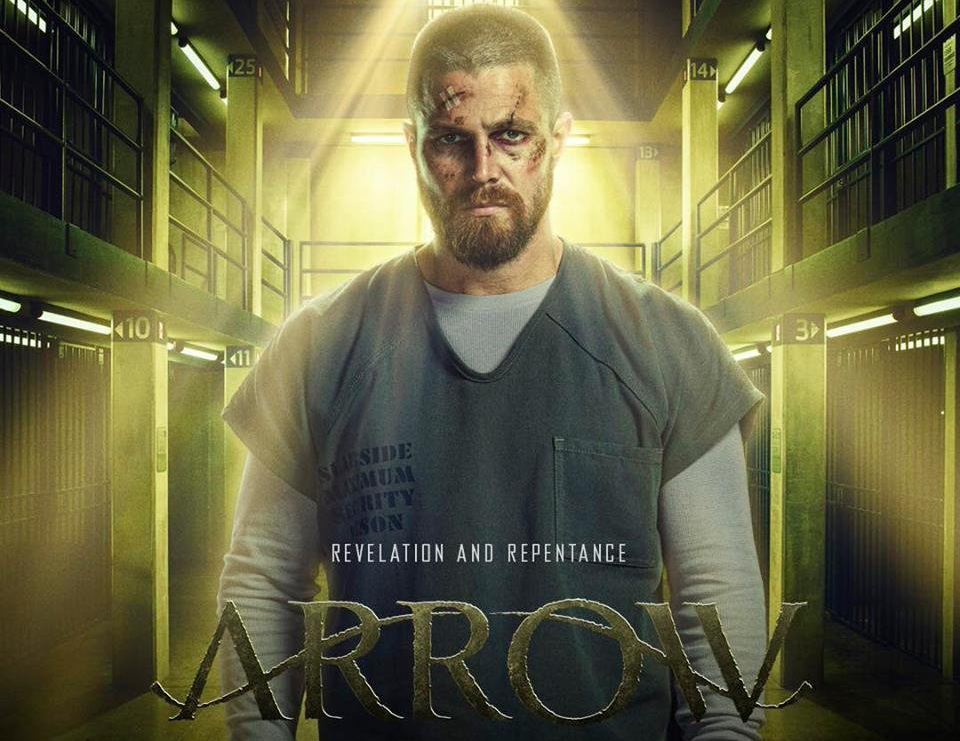 After seven seasons, most TV shows start to run out of steam. And we’re in a big superhero TV show glut right now – if you’d told young me that one day there would be too many comic book-based programs out there for me to keep up with, I’d have laughed.

But I always make time for Arrow, the show that kicked off TV’s “Berlanti-verse” of DC Comics-based series including The Flash, Black Lightning and Supergirl. It has its ups and downs, but the hero’s journey of Oliver Queen has always been worth watching. And the new Season 7 has one of the more entertainingly outlandish hooks yet. Oliver Queen, the Green Arrow, is now Prison Inmate 4587.

I admit to getting a fanboy thrill at the end of Season 6, when Oliver Queen is unmasked as the Green Arrow for all the world to see, and shipped off to prison for breaking anti-vigilante laws. A superhero going to prison isn’t entirely a new idea, but to watch it unfold for the hero we’ve been following for six seasons is new.

The considerable charisma of the cast helps here. Stephen Amell has developed into one of the better leading men on superhero shows, full of a rangy self-confidence and physicality. In a lot of ways, Arrow is what an ideal Batman TV series in 2018 could be like – even the character himself has often been written off as an archery-obsessed Dark Knight wanna-be. 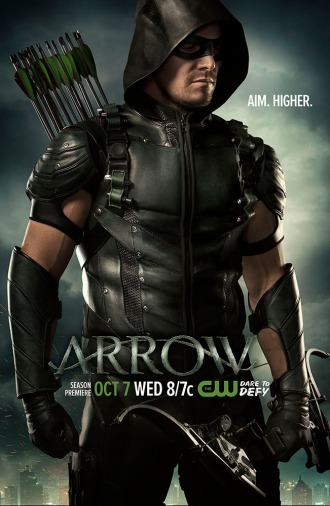 One of the minor flaws of the otherwise swell Marvel Universe movies is they often tend to be about massive world-shaking events, so you never really get a feel for the day-to-day drama of the heroes. The actual Avengers were only the Avengers for about 1 1/2 movies in the MCU before everything fell apart, for instance. A TV series in many ways is better able to follow in the month-in, month-out drama of the periodical comic books that inspired it.

By the time Arrow has gotten to Season 7, there’s a rich sense of legacy and history to it all that apes the ever-blooming continuity in 50 to 80 years of the comic books. Oliver Queen’s passed through many life stages – spoiled rich kid, the Hood, the Arrow, the Green Arrow, an orphan, the mayor of Star City (!), a father, a prisoner. He’s gone through a whole costume shop’s worth of sidekicks, from Speedy to Black Canary (a couple of them!) to Ragman to Mr Terrific and Wild Dog. In the process, we’ve seen the character mature from a callow youth to a seasoned veteran.

Arrow is hardly the Citizen Kane of superhero fare, don’t get me wrong. It’s more of a gaudy Saturday-afternoon matinee, with cliffhangers galore, hairy near-escapes and derring-do. The writing can sometimes let the characters down (there’s an awful lot of contrived interpersonal conflict in all these shows, to be honest). Yet I dig it, and love watching Oliver Queen’s journey unfold. Long may his aim be true.

One thought on “Arrow: Still on target after all these years”